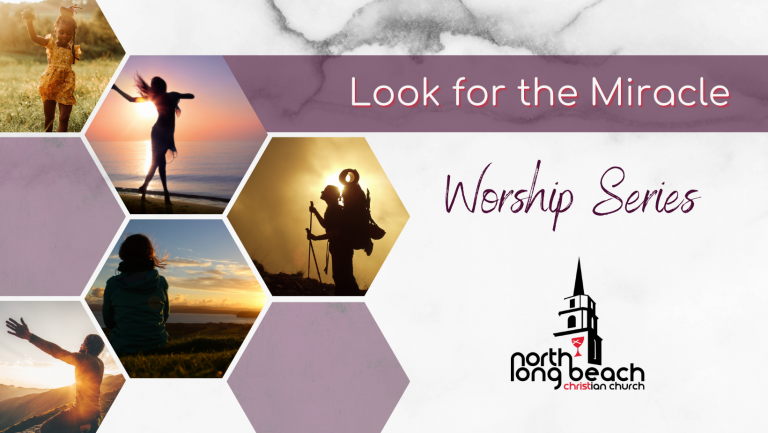 Look for the Miracle 3: Peter

I remember when this scripture resonated with me. I came out of a church whose motto was based on Jesus’ prayer “that they may all be one.” So a scripture that told of how “even the Gentiles” can be welcomed into the family of God fit well into my childhood faith. Furthermore, it made my faith feel different from those who said they were the one way, that they had the light, and that they held the whole truth.

But the message that all are welcome at the table lacks the power it once held for me.  It seems too obvious, even trite, in a world where people are building community through electronic media and concerts and youtube.  A young person’s critique of my generation sticks in my craw…”You had your chance to love everyone, now stand back and watch as we actually do it!”

Faith has to be more, for me, than just “love everybody.”

As I stand back, I realize the young man’s remark is a “Turpinism.”  Mrs. Turpin is a memorable character in Flannery O Connor’s short story, Revelation.  She is described by O Connor as “one who had a little bit of everything and the God-given wit to use it right.”  From the very first moment of the story, Mrs. Turpin is categorizing and judging all she meets using the worst kind of language.

It is worth taking a moment to understand what I mean by “Turpinism” because it sheds a needed new light upon our scripture.

O Connor’s Revelation begins with Mr. and Mrs. Turpin entering a doctor’s waiting room.  There, Mrs. Turpin notices “a vacant chair and a place on the sofa occupied by a blond child in a dirty blue romper who should have been told to move over and make room for the lady.”

Soon after we hear Mrs. Turpin notice a “fat girl of eighteen or nineteen, scowling into a thick blue book….”  This “fat girl” is described further. “The poor girl’s face was blue with acne and Mrs. Turpin thought how pitiful it was to have a face like that at that age.”

Everywhere description that runs through her mind speaks of one who sees through the lens of outward judgment.  She is an easy person to dislike.

Her thought language gets worse, using the n-word and white trash in her descriptions.  It is language not fitting for church, which is the point.

And, yet, O Connor tells us that Mrs. Turpin tries her best to be good.   “To help anybody out that needed it was her philosophy of life.  She never spared herself when she found somebody in need, whether they were white, black, trash, or decent.”

O Connor invites us to see a discomfiting parallel– how this disgusting creature might have some thoughts that mirror ours.  She helps everyone in need; she doesn’t see color.

And she is thankful.  She has an attitude of gratitude.

Right there in the doctor’s office, she starts praising Jesus, “if it’s one thing I am,” Mrs. Turpin said with feeling, “It’s grateful. When I think who all I could have been besides myself and what all I got, a little of everything, and a good disposition besides, I just feel like shouting, ‘Thank you, Jesus, for making everything the way it is!”

But as she gets wrapped up in her moment of praise, the blue book once held by the girl with acne hits Mrs. Turpin over the left eye.

Jesus will not stand for affected gratitude or false praise.

I don’t mean to tell you that you shouldn’t be thankful for God creating you as you…you are beautifully made.  And, yes, we should be thankful for all we have and are given.

But, Mrs. Turpin was glad for everything to be as it was.  Turpinism is a self-aggrandizing attitude that fails to see the work that still needs to be done out there and in here.

God is not done with you.  You are not God’s finished work. God continually reshapes your heart to meet the challenge of the new day.

In today’s scripture, Peter tells how he was called to go and speak to a Centurion, to share Christ with him, this outsider.  While Peter was okay staying in the home of a tanner (one who made leather products so touched dead—unclean animals), he still had all kinds of prejudice with respect to the Gentiles and the Romans and Centurions.  Just because you have overcome one prejudice doesn’t mean God is done shaping you.  He sends Peter a vision.  He expands Peter’s mind and heart.  And, then sends people to Peter to bring him to where that expanded heart could do some good.

It is a joyful thing to continually be shaped by and led by God’s hand.  Listen to Peter describe this moment:

As I began to speak, the Holy Spirit came on them as he had come on us at the beginning. 16 Then I remembered what the Lord had said: ‘John baptized with[a] water, but you will be baptized with[b] the Holy Spirit.’ 17 So if God gave them the same gift he gave us who believed in the Lord Jesus Christ, who was I to think that I could stand in God’s way?

What a remarkable thing to see God’s Spirit descend upon someone!

And, now we are getting to something that resonates inside of me and I pray to you as well.

O Connor’s Revelation is not a call to get over your prejudice.  Nor can our scripture be summarized as a call for us to “all be one.”  The word for us today is not so sanitized nor safe.

Mrs. Turpin raises the troubling image of how we stop allowing God to shape us.

She is so confident that she belongs on the right side of God that she has to be hit over the head by the idea that, maybe, she has lost God in her desire to be right.  She is granted a vision.

Here’s O Connor at her best:

“A visionary light settled in [Mrs. Turpin’s] eyes.  She saw the streak as a vast swinging bridge extending upward from the earth through a field of living fire. Upon it a vast horde of souls were rumbling toward heaven.  There were whole companies of white-trash, clean for the first time in their lives, and bands of black [the n word] in white robes, and battalions of freaks and lunatics shouting and clapping and leaping like frogs.  And bringing up the end of the procession was a tribe of people whom she recognized at once as those who, like herself and Claud, had always had a little of everything and the God-given wit to use it right.  She leaned forward to observe them closer.  They were marching behind the others with great dignity, accountable as they have always been for good order and common sense and respectable behavior.  They alone were on key.  Yet she could see by their socked and altered faces that even their virtues were being burned away.”

I said that the word for us today is not sanitized nor safe…why is it not safe because today I’m calling you to ask yourself this question:

Could it be that what you think is makes you good and right, your virtues, are getting in the way of the Lord’s leading you?

I never give up on people…

I don’t want to be a bother…

They sound good on the surface.  And, yet, watch this:

Do you hear how quickly virtues become judgments?

I ask you again to consider what virtue are you holding onto that gets in the way of God’s Spirit?

In the story told immediately before Peter receives his vision of the sheet descending from heaven, Peter raises Tabitha from the dead.

Isn’t it interesting that the story Peter chooses to retell isn’t the one where he tells of his power to raise the dead to life; rather, it is the story where his heart is changed. 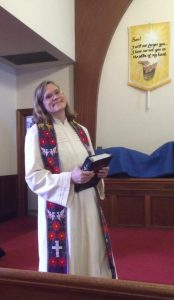 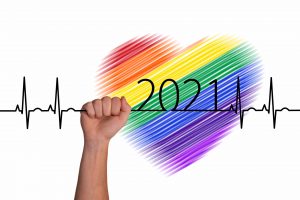 Celebrate what God has done in 2021

We enter into this Advent season with the expectation of rebirth.  Jesus arrives in a most unconventional manner: Mary bearing down in the hay of a stable, with Joseph acting as a midwife. 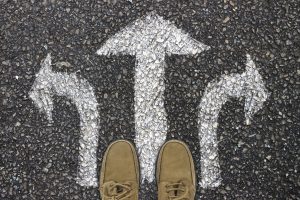 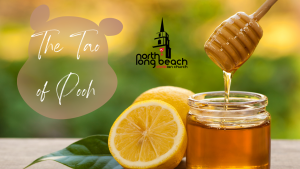 In this last of our series, Rev. Heather shares stories from camp that reveal how dark reveals Yahweh’s light, how El formed us, and how Elwah is with us wherever we go.